Books about polyamory and more

My books on polyamory

I’ve published two books on polyamory, with completely new material from what’s on this site: More Than Two: A Practical Guide to Ethical Polyamory and The Game Changer: A Memoir of Disruptive Love. You can find out more below, or visit the individual book pages.

More Than Two: A practical guide to ethical polyamory 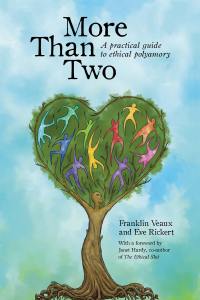 Can you love more than one person? Have multiple romantic partners, without dishonesty or cheating? Absolutely! Polyamorous people have been paving the way, through trial and painful error. Now the new book More Than Two can help you find your own way.

With 100% new material and a fresh approach founded on the Relationship Bill of Rights, I co-wrote More Than Two to expand on and update the themes and ideas in this website.

Visit the More Than Two book page for all the ways you can buy it in print, audiobook or e-book, order it for a group, or get it into your library.

The Game Changer: A memoir of disruptive love 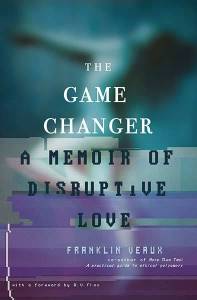 My memoir about my open marriage and the game-changing relationship that transformed by ideas about polyamory.

To make an open marriage work, Franklin and Celeste knew they needed to make sure no one else ever came between them. That meant there had to be rules. No overnights, no falling in love, and either one of them could ask the other to end an outside relationship if it became too much to deal with. It worked for nearly two decades and their relentless focus on their own relationship let them turn a blind eye to the emotional wreckage they were leaving behind them.

Visit the Game Changer book page for all the ways you can buy it in print, audiobook or e-book, order it for a group, or get it into your library.

Polyamory and Jealousy: A More Than Two essentials guide 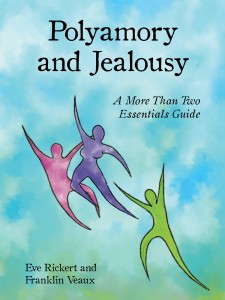 “How do you deal with jealousy?” It’s the first question many people ask when they hear about polyamory. Tools for dealing with jealous feelings are among the most basic resources in a well-equipped polyamory toolkit.

Eve Rickert and Franklin Veaux, authors of the popular polyamory book More Than Two: A Practical Guide to Ethical Polyamory, present Polyamory and Jealousy, part of the More Than Two Essentials series. The essentials take sections from More Than Two, expand on them, and present them in a practical, easy-to-use format that can be read in a single sitting.

In this booklet, you will find pragmatic ways to handle feelings of jealousy when they arise. You’ll learn tools for identifying jealousy, strategies for decoding what it means, and hands-on advice for dealing with it before it undermines your relationship.

If jealousy is a problem for you or someone you love, this companion to More Than Two offers a path through the wilderness.

My books not on polyamory 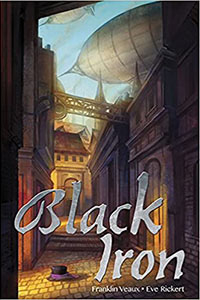 It's 1885, but not as we know it. Queen Victoria doesn't exist, the British Empire never happened, and the British don't drink tea.

The schism between the One True French Catholic Church and the heretical Italian Catholic Church has stoked three centuries of conflict, imploding the dream of European ascendancy. Thousands flee the Spanish Inquisition for havens in Germany, France, Britain and the colonies of the New World.

Into this world falls Thaddeus Mudstone Ahmed Alexander Pinkerton, a small-time petty thief who has just stolen from the airship of Her Majesty Queen Margaret, and finds himself in the middle of a murderous plot with far-reaching implications. The fate of this world lies, as it often does, in the hands of a motley and disparate crew brought together by inglorious serendipity. 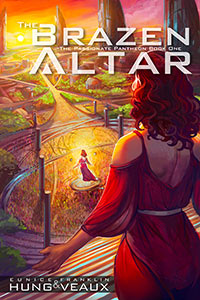 Book One of the Passionate Pantheon series

When you can call up anything you want from Providers, how do you develop meaning in your life? In a culture where sex, pleasure and service are the highest good, three women choose to sacrifice themselves to become avatars of their gods.

Kheema dedicates 18 months to train and learn hoping to become the Sacrifice to the Sun God. She dreams of reciting the history of the City, bound atop the great ziggurat of the Fiery One enduring continual forced orgasms. Terlyn gives herself to the Quickener. For nine months she sleeps in the Garden, bound by vines whose thorns both nourish and sedate her, repeatedly called to brief wakefulness by orgasm. Worshippers seek the deity’s blessing through Terlyn’s body. For Ashi, service to the Wild means surrendering herself in a forest that appears overnight. She seeks to be Sacrifice in a ritual involving her bound body, an altar, and cages full of fellow worshippers. She is encouraged by her lover Riyan, who mischievously proposes using a drug that allows each of them to feel whatever the other feels during the ritual. 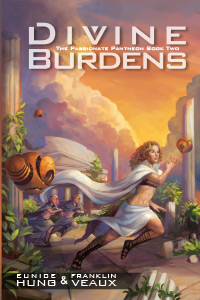 Welcome to the City, a technologically advanced, post-scarcity Utopia with no disease, no war, and no want. People worship their AI gods through ritualized sex, and in return, the gods provide anything anyone could ever want.

But in this City, the gods demand a price for their benevolence. They use and misuse their devotees for their own ends, for in a place with no money and where possessions have no value, the only thing citizens can bargain with is their bodies. 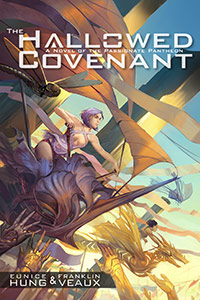 Be careful what you wish for! An eight-hour orgasm? What should be divine becomes an exquisitely agonizing ordeal for Tessia, who makes the ultimate quivering sacrifice to the god called the Blesser; but for Avia, who takes Tessia’s place when she’s unable to live up to her commitment to the god, it’s a revelation as well as an act of devotion. For Sayi, leader of the Confessory, her lot is to accept the erotic penalties due for others’ transgressions and offer them a path to atonement; while Yaeris, whose impulsive decision to participate in the Dance of Sacrifice to the Lady of Arts, faces sensual consequences she couldn’t possibly have anticipated.

Welcome to the City, a post-scarcity society without war or disease, ruled by benevolent AIs who are worshipped through rituals of sex and connection.

The lives of four women are wrapped intimately around each other, in a complex story of transgression, atonement, forgiveness, and creation. 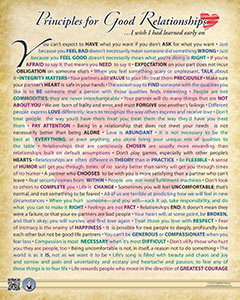 Find more posters, games, books and T-shirts at Franklin’s e-store. Note that many items are adult-oriented.