About the More Than Two site

The site you’re reading now first began back in 1997. It started out as a single page I wrote about polyamory on xeromag.com, mostly for the Franklin who didn’t know that there were other people like me, had never heard the word "polyamory," and who had no idea how to navigate polyamorous relationships. The site has grown over the years, and since 1999 has been one of the Internet’s top destinations for information about polyamory.

I registered the domain name morethantwo.com in 2006. For a long time, it simply redirected to the content on Xeromag.

In 2010, I started thinking about writing a book, and for a while, the domain More Than Two had a content outline of the book as I developed it. In 2011, I moved the site from its old home at xeromag.com to its current home.

In 2012, I met Eve Rickert. In 2014 I co-authored a book on polyamory by the same name: More Than Two: A practical guide to ethical polyamory with her.

The site has changed a great deal since those early days. Back in 2000, the poly pages on Xeromag looked like this: 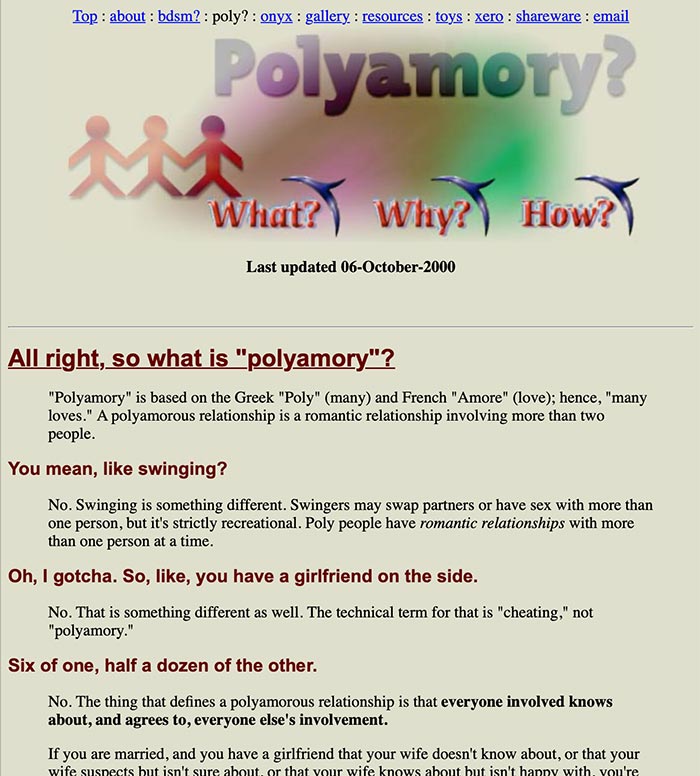 By 2006, the amount of content on the site had grown significantly, and it was the most popular section of the Xeromag site: 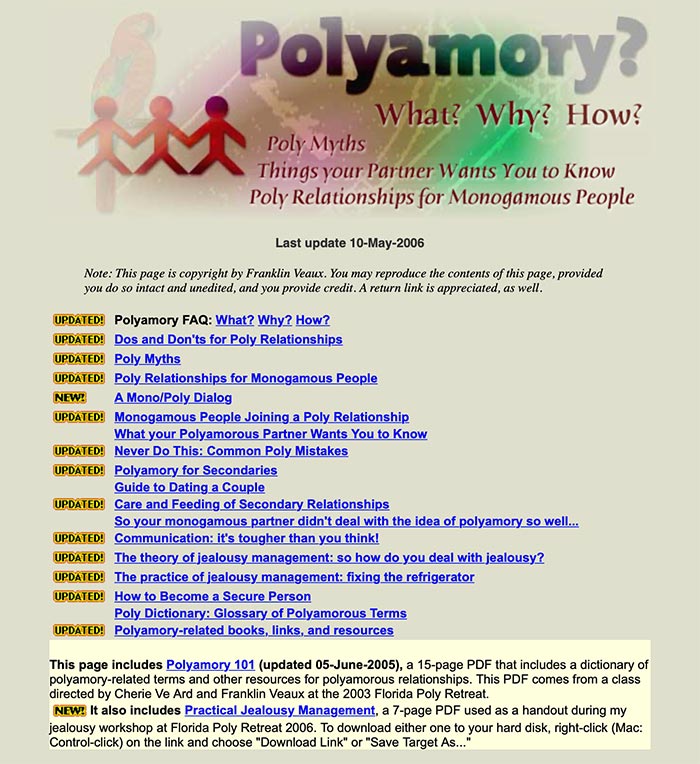 By 2009, my Web design skills were getting a bit better: 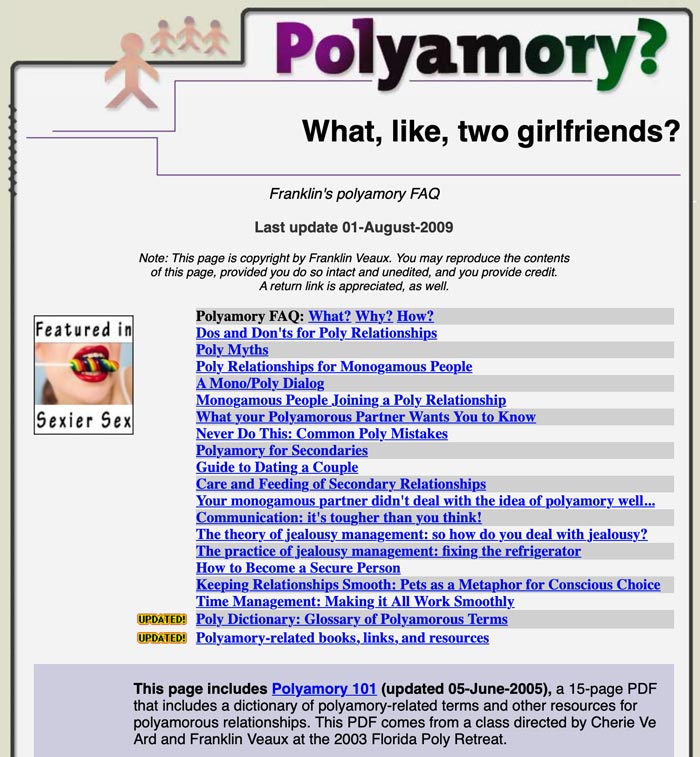 It went through a number of redesigns (some less successful than others) in the years that followed: 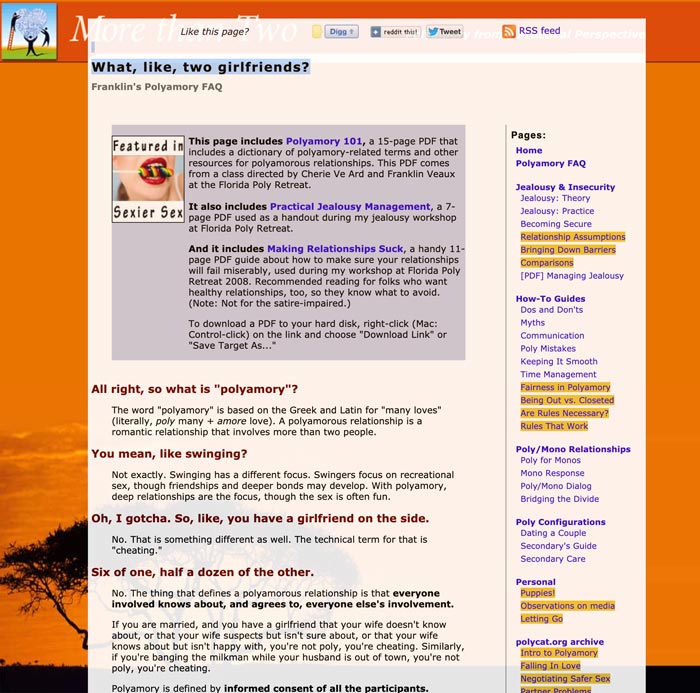 ...until it finally arrvied at what you see now.

In 2018, the site was archived by the Library of Congress as a site of historical anthropological significance.

Somewhat strangely, there's a rather odd story floating around the Internet that claims this domain was created in 2014 by Eve Rickert. You can see records of the Xeromag site going back to around 2000 or so and More Than Two going back to 2010 or so on the Wayback Machine at archive.org, and the domain history at Whois History. God bless the Internet, right?

Except where otherwise noted, all the content on this site was written by Franklin Veaux. 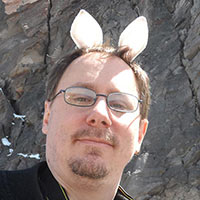 I've never been in a monogamous relationship. I took two dates to my high school senior prom, and I've been practicing polyamory for longer than the word "polyamory" have existed. Along the way, I've learned some lessons.

You can find out a lot more about me on my other Web sites: Xeromag, where this site got its start; and FranklinVeaux.com, where you can learn about some of my other projects. 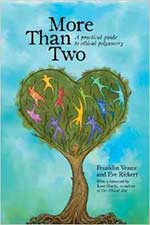 More Than Two is no ordinary poly book. This book distills decades of experience in polyamorous relationships. 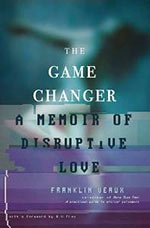 Sometimes, relationships change things. This is the memoir of my early days in polyamory, filled to the brim with mistakes I made and lessons I learned.