First, do no harm: Some thoughts on rules as a safety mechanism

Primum non nocere. It’s a Latin phrase that means “first, do no harm.” It’s not part of the Hippocratic Oath, but it is a central tenet of bioethics in most of the world.

It also, I think, makes a pretty good tenet for relationship ethics as well.

A few weeks ago, I received an email from Dan Savage’s personal assistant, asking if I was interested in helping craft a response to a person who’d written in to Mr. Savage with a poly problem.

The problem was that the guy who’d written in was in a relationship with a woman named Erin, and she had passed a rule that he was not permitted to date anyone else named Erin. Apparently, Erin is a popular name where he’s from, and it had repeatedly happened that he’d met and connected with someone, only to learn her name was Erin, and he had to tell her, “Sorry, we can’t see each other, I’m not permitted to date anyone with your name.”

Naturally, I weighed in against this particular rule. I’m not quite sure what motivated it, beyond the things that motivate many apparently completely arbitrary rules in polyamorous relationships: insecurity, fear of loss, fear of abandonment–the usual suspects in the lineup.

Dan Savage printed my response (which you can read here), as well as that of Dossie Easton, who was similarly skeptical of the rule.

But then he said something interesting. Talking about the anti-Erin rule, he said:

It’s common for people in open relationships to insist on a rule that seems arbitrary, even capricious, to their partners. I call these rules “Brown M&Ms,” a reference to 1980s hair rock band Van Halen. The band’s touring contract stipulated that bowls of M&Ms be set out backstage with all the brown M&Ms removed. To see if their contract had been followed to the letter — a contract that included a lot of technical requirements for their elaborate and potentially dangerous stage shows — all the band had to do was glance at those bowls of M&Ms. If a local promoter couldn’t be trusted to get something simple and seemingly arbitrary right, they couldn’t be trusted to get the bigger stuff right. And if the promoter didn’t get the big stuff right, it wasn’t safe for the band to perform.

Arbitrary rules in open relationships are like Van Halen’s brown M&Ms: a quick way to check if you’re safe. If your partner can’t be trusted to not sleep with someone else in your bed, not take someone else to a favorite restaurant, not use your favorite/special/beloved sex toys with someone else, etc., perhaps they can’t be trusted to get the big things right — like ensuring your physical and emotional safety and/or primacy.

I scratched my head when I read this. I see where he’s coming from, and yet…and yet…

The problem with this idea hit me while I was walking in the woods with Eve, something we do most days while we’re out here in rural Washington writing. 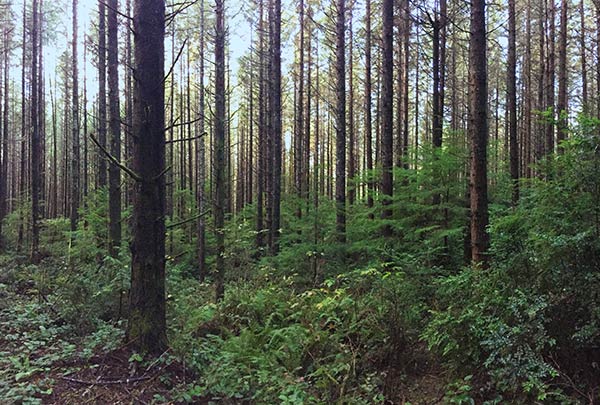 There’s something a little off about treating a romantic partner like a contract employee. If you’re approaching your relationship with the same mindset you might use to hire a producer, I would argue that the fundamental foundation of trust and mutual respect required for a healthy relationship probably isn’t there. If you feel the need to test your partner to ensure their trustworthiness, it might be time to take a step back and think about why that is.

But leaving aside the issue of whether you should place contractual constraints on your romantic relationships to help you decide whether your partner is trustworthy, there’s this:

First, do no harm.

If I am hiring you to produce a show for me, and I tell you to take the brown M&Ms out of a bowl, it’s pretty easy to see whether or not you’ve done it. More to the point, it doesn’t cause harm to anyone. Sure, you might not like picking the brown M&Ms out of a bowl; it sounds like a tedious, if easy, task. But I’m hiring you and paying you for your time, so eh, whatever.

Now let’s say I decided to test your ability to stick to the rules by using some other contractual clause. Instead of saying “give me a bowl of M&Ms with all the brown ones removed,” I wrote into the contract, “take a lead pipe, cut it so that it is exactly 12.4 centimeters long, then beat the sound engineer with it until he has exactly seven bruises of two centimeters diameter or greater, but no broken bones.”

No reasonable person would say there was anything at all okay about that. Attempting to justify it by saying “I want to make sure that the person I hire is abiding by all the requirements of the contract!” should, I think, result on howls of outrage.

That’s an extreme example, but it illustrates the point: If, for whatever reason, you are in a relationship with someone you have so little trust for that you feel the need to invent tests of their loyalty, first, do no harm. Make your tests harmless: brown M&Ms, not beatings.

You might argue, and I am absolutely certain someone will, that a rule barring a partner from dating anyone named Erin is harmless. After all, you’re letting your partner date other people, right? So what if you don’t want them to date anyone named Erin? Other Erins of the world have no intrinsic right to date your man, right?

But here’s the thing: By the time someone is writing a letter to a newspaper columnist looking for relationship advice, people have been hurt. Damage has been done. Happy, joyful people in awesome, fulfilling relationships do not write to strangers asking for help.

In the Relationship Bill of Rights, we said that all people have the right, in poly relationships:

I think that entering into any relationship where you’re asked or expected to give up these rights should be done with great caution, and only with a compelling reason. “I’m not sure I can trust you, so I’m setting up rules to test your loyalty and your ability to take care of me” doesn’t strike me as a particularly compelling argument. Indeed, just the opposite; that argument makes me more skeptical, not less skeptical, of the health of the relationship.

At the end of the day, of course, it’s his choice whether or not he stays with Erin Prime. But it has consistently been my experience and observation that the more inclined someone is to pass rules to try to make a partner stay, the more likely it is that partner will leave. It is an enduring truth of the human condition that our fears often cause us to create the very things we’re afraid of.

First, do no harm.